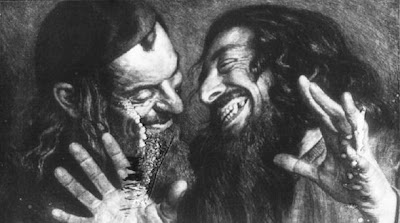 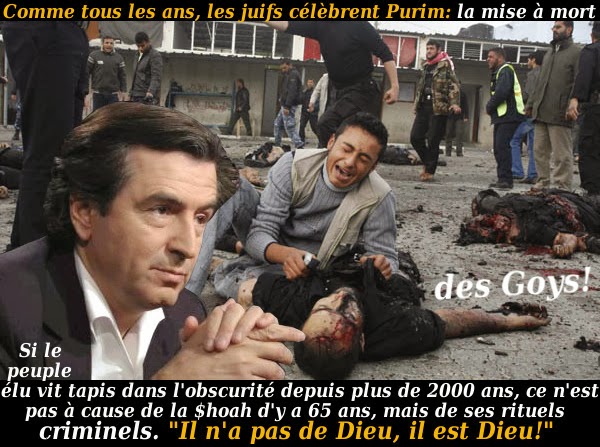 Joe Lieberman and Al-Qaeda, United on Syria (and other wars of ‘Muslim liberation’)

In a post entitled “Washington and Al-Qaeda, United on Syria,” Antiwar.com’s John Glaser observes that “influential members of Congress” and al-Qaeda leader Ayman al-Zawahiri are both advocating the arming of the Syrian opposition. Continues Glaser:

Oddly enough, this is not the first time in recent memory that the leadership in the U.S. has explicitly advocated merging U.S. policy with al-Qaeda’s goals. From early on in the NATO mission to aid the Libyan rebels and oust Muammar Gadhafi, it was known that many of those so-called “freedom fighters” had ties to al-Qaeda. In fact, U.S. intelligence found that al-Qaeda fighters had swarmed to Libya and tried to “drum up extremist activities.” After Gadhafi was killed, an al-Qaeda flag was raised in the center the rebel stronghold of Benghazi. Following that, al-Qaeda in the Islamic Maghreb (AQIM) publicly called themselves the “main beneficiaries” of the instability caused by the NATO war, noting specifically their receipt of weapons.
Aside from all of the terror and abuse the newly empowered National Transitional Council has brought the people of Libya in the form of murder, theft, torture and thuggery, they and their varied militias have also been imposing a harsh brand of militant Islam on Libyans, as opposed to the democratic paradise Obama predicted.
I’m not suggesting a conspiracy theory, just plain stupidity. As I’ve explored elsewhere, while I’m no stranger to Imperial Grand Strategy, I think the system operates in a way such that backward policies are carried out even when many elites recognize they’re against the “national interest.” The real question is how nobody is calling them out on it. Joe Lieberman has just recently called the Syrian rebels “brave freedom fighters” almost synchronous with Ayman al-Zawahiri. How is this not headline news?

Of course, Libya (2011) was not the first time that Lieberman et al. were united with al-Qaeda on foreign policy goals. Bosnia (1992-95) and Kosovo (1997-98) are two of the more obvious instances of this alliance on the wars of “Muslim liberation” that William Kristol and Paul Wolfowitz celebrated last year in The Weekly Standard. One doesn’t have to be a “conspiracy theorist” either to realize that almost everything al-Qaeda says or does seems to coincide with Israeli interests. Remember those “dancing Israelis” and Netanyahu’s admission that 9/11 was “very good.”


Lieberman: US should arm Syrian opposition 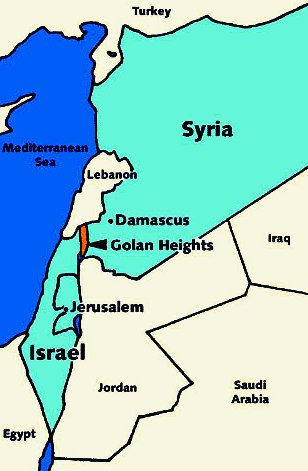 VIDEO - US, Israel conspiracies will fail in Syria'

Arming Al-Qaeda: US to pump weapons into Syria warzone? 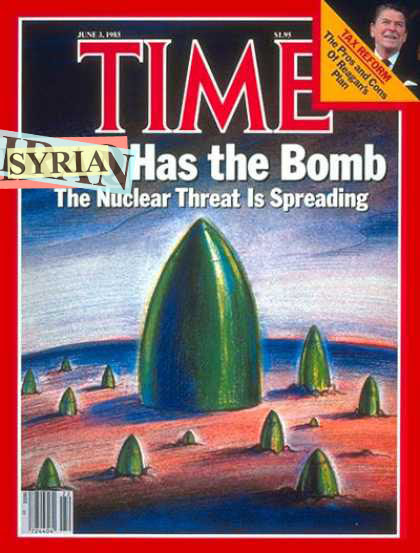 VIDEO - CIA / Mossad Snipers in Syria and the Arab States

Syrian opposition wish to “be friends” with Israel

VIDEO - Imperialists and their Islamists in Syria: Interview with Aijaz Ahmad

Qatar goes public on its arming of “peaceful” Syrian uprising

McCain calls for airstrike on Syria Statement is as much a critique of President Barack Obama as a rallying call for an international military campaign, accusing the president of being too soft on Assad.

McCain Calls for Bombing Syria 'We Should Have Learned From Libya'

Israel’s No.1 asset [John McCain] in the Senate calls for airstrikes against Syria

On February 17, subscribers to the mailing list of the Jewish Institute for National Security Affairs (JINSA) received a message entitled “Want to Know What’s Going On in Syria?” inviting them to a special conference call briefing from Farid Ghadry, co-founder of The Reform Party of Syria. The invitation from the hawkish Israel lobby think tank — whose half-accurate motto is “Securing America, Strengthening Israel” — to the February 22 briefing reads:

In October of 2001, Mr. Ghadry, along with several Syrian-Americans, formed the Reform Party of Syria. A constitution was written and a constructive and comprehensive program has been put in place to bring regime change to Syria. Today, the party is enjoying the tacit support from many organizations and people in the U.S. administration and think tanks in Washington.
Mr. Ghadry and the other co-founders of RPS are hoping to return to Syria one day to rebuild the country on the basis of principles of real economic and political reforms that will usher democracy, prosperity, freedom of expression, and human rights in addition to lasting peace with open borders with all of Syria’s neighboring countries.

Not mentioned but well-understood by the men from JINSA is that the well-connected Syrian “reformer” has been groomed to facilitate that unlikely democratic utopia by leading Iraq war architect Richard Perle, a prominent member of JINSA’s advisory board until a few weeks ago. But as the Prince of Darkness’s biographer wrote in a 2007 Los Angeles Times article:

Unfortunately for Perle, Ghadry is seen in many quarters as a front man for Israel. Not only is he a dues-paying member of the American Israeli Public Affairs Committee, the most powerful Israeli lobby in Washington, but a recent column on his Web site, titled “Why I Admire Israel,” seems to play right into the hands of those who believe the Bush administration’s obsession with regime change in the Middle East is really all about protecting Israel. Did Perle, the savviest of Washington power players, believe that Ghadry’s tub-thumping for Tel Aviv would make him more popular in Syria?
“No,” Perle replied. “I don’t. But he’s his own man. I don’t always understand what he’s doing and why he’s doing it.”
So, in his quest for idealistic dissidents to do in the Middle East what the Walesas and Havels achieved in Eastern Europe, Perle and his acolytes have tapped the discredited Ahmad Chalabi for Iraq, the suspect Amir Abbas Fakhravar for Iran and the allegiance-challenged Fahrid Ghadry for Syria. They’re just not making heroes like they used to.

Perhaps Farid Ghadry’s pro-Israel image problem is why there appears to be no mention of his conference call briefing on the JINSA website. There is, however, one rather revealing reference to Perle’s Syrian Chalabi. In its Events & Programs section, under “New York Cabinet Meetings 2009, 2010 & 2011,” there is the following brief entry:

“The Role of Syria in the Middle East: Friend of Iran, Host to Hamas, and Patron of Hizbullah” – Farid Ghadry, President, Reform Party of Syria

To put all this into the broader context of the supposedly Israel-threatening “Arab Spring” — which the LA Times reference to Perle’s “quest for idealistic dissidents to do in the Middle East what the Walesas and Havels achieved in Eastern Europe” seems to prefigure — a seminal event, which I have previously written about, was held almost five years ago that brought together Israel partisans concerned with “rolling back Syria” among other regional rivals and their native collaborators:

Under the direction of Natan Sharansky, the former Israeli minister who resigned his cabinet seat in 2005 in protest over Ariel Sharon’s Gaza disengagement plan, the [Adelson Institute for Strategic Studies] held a “Democracy and Security” conference in Prague in 2007. It brought together Israeli officials; their American neoconservative sympathizers with their favourite Middle Eastern dissidents in tow — most notably, Richard Perle’s Israel-admiring Syrian protégé Farid Ghadry; and the newly-installed Eastern European democrats swept to power in the wake of a wave of neocon-backed “color revolutions,” the latter group presumably serving to inspire the Arab and Iranian participants to emulate them.

So, if you want to know what’s going on in JINSA’s road to regime change in Damascus, please RSVP to jcolbert@jinsa.org or call 202-667-3900, Ext. 224.
Maidhc Ó Cathail has written extensively on Israel’s push for regime change in Syria.


Is there a difference between Bahrain and Syria?

leave a comment »
Mohamed Omar, a Swedish freelance writer, has written an interesting piece on the difference between the “Arab Spring” unrest in two very different countries:

The opposition in Bahrain is a genuine popular movement against an unpopular US and Zionist backed tyrant while the opposition in Syria can be divided in to two main parts. A genuine part which is peaceful, against foreign interference and for democratic reforms and a not so genuine part which is militant, dominated by not so democratic Wahhabi fanatics and Muslim Brotherhood activists, funded and armed by foreign powers, including the Saudi and Qatari Wahhabi dictatorships. This part of the opposition is completely opposed to dialogue and democratic reforms.
Some elements within this disingenuous opposition, which does not seem to have the welfare of the Syrian people as its first priority, are reaching out to the Zionist enemy. Yitzhak Herzog, an alternate on Israel’s Foreign Affairs and Defense Committee who has previously held ministerial posts, has said the Syrian opposition wants to be friends with Israel.
Zionist media has been working around the clock to demonize the Syrian government while at the same time ignoring the Bahraini uprising and the Saudi crackdown and invasion. It is quite clear which of the two, Assad and Al-Khalifah, the Zionists prefer.

But is it so clear? While the Israel lobby has not surprisingly led the push for regime change in Damascus, they haven’t exactly ignored the opposition in Bahrain either. Fikra Forum, which describes itself as an “online community that aims to generate ideas to support Arab democrats in their struggle with authoritarians and extremists,” features articles sympathetic to the Bahraini opposition, such as “How Saudi Arabia Thwarted Uprisings in Yemen and Bahrain,” “Bahraini Reform and the Saudi Veto,” and “Invading Bahrain is an Old Saudi Objective.” The forum is closely associated with the Washington Institute for Near East Policy, a think tank created by the American Israel Public Affairs Committee “to do AIPAC’s work but appear independent.” One could say that Fikra Forum was created by the Washington Institute to do WINEP’s work but appear independent. Contrary to the conventional wisdom, WINEP’s work appears to involve supporting unrest not only in countries hostile to Israel, but throughout the Middle East.