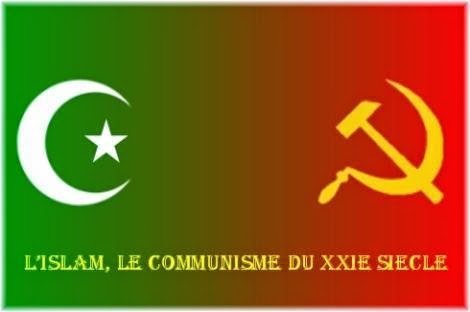 Bat Ye’or: Theorist of the ‘counterjihad’ movement
"In a nutshell, one of the most successful new narratives of the far right is not to reconfigure neo-Nazism, but to reject it. Instead, many activists now argue that western civilisation is facing an existential threat from an invading Muslim hoard, one that is on the cusp of taking over the continent and imposing its ostensibly barbaric and backward way of life on Judaeo-Christian civilisation. This is being allowed to happen by a corrupt, left wing elite who promote multiculturalism.(...)
... it is important to stress that Bat Ye’or’s far right agenda is not neo-Nazism, far from it. Her ideas are not compatible with a reworking of Hitler’s creed. Indeed, for Ye’or, the Nazis were in collusion with Muslims, and some of her passages even suggest that Muslims were partially culpable for the Holocaust. So here the Nazis are the bad guys. This theme is unsurprising given the fact that Ye’or is herself Jewish. This does not stop the ideology she presents manifesting many of the qualities of a far right perspective, especially the demonisation of hate figures and revelling in conspiracy theory ideas. Its just one that does not like Nazism and antisemitism."

Nationalism, Not ‘Exceptionalism’ the Proper Course for America
by Michael Collins Piper


During the 2012 campaign, Mitt Romney spoke of “American exceptionalism.”
The rhetoric sounded patriotic. In reality, this is a modern-day propaganda mask for old-fashioned Trostkyite communism: rapacious imperialism and internationalism. Though wrapped in the American flag, there’s nothing American about it.
Rather than standing for American nationalism, this philosophy—quite the contrary—is a 21st century manifestation of the age-old dream of a global government under the rule of an elite few. Many call it the New World Order.
While some still fear the UN as the mechanism advancing the agenda, the fact is that the would be rulers of this global plantation now seek to utilize the U.S. as their vehicle for achieving that end.
The grand wizards who conjured up American exceptionalism are those infamous “neo-conservative” high priests of war who orchestrated the invasion of Iraq and who now seek to contrive a war against Iran. They crave U.S. military meddling all over the world—not just in the Middle East.
Perhaps the foremost intellectual proponent of this warmongering madness is Yale professor David Gelernter. Defining “Americanism” as an incarnation of biblical Zionism with “a divine mission to all mankind,” he says the United States is the base of “American Zionism,” charged with a God-given duty to remake the world.
“Americanism,” he asserts, is the “creed” of what is the “fourth great Western religion,” the driving force behind—and which must establish—a new planetary regime.
“We are the one and only biggest boy [in the world today],” he wrote. “If there is to be justice in the world, America must create it. . . .We must pursue justice, help the suffering and overthrow tyrants. We must spread the creed.”
Real American nationalists reject the idea the United States should be the world’s policeman. Instead, nationalists believe in developing and strengthening their nation from within, maintaining the integrity of its cultural heritage and sovereign borders, placing their own nation’s interests first. Nationalists do not start wars of imperialism.
They respect the nationalist instincts of others. Could you just imagine …. k
If the people in the streets were chanting hate speech about Jewish leaders, as they do about Muslims and the prophet Mohammed.
k
If drones were attacking American cities or israel, as they do Islamic countries.
k
If one single newspaper plastered their anti-Jewish rhetoric across their front page, just as they project their anti-Islamic campaign.
k
If we had the exact same coverage of enforced empathy for all the real holocausts which have happened throughout history, as we have to put up with, with the Jewish holomyth.
k
If israel had the same levels of race laws, and enforced immigration which are being imposed on westernised cities across the globe.
k
If for just one week, we in the Truthing community could have access to the entire main stream media, TV, entertainment, cinemas, magazines, etc. Oh boy.
k
If synagogues were genuinely attacked by EDF style supporters, as are mosques today.
k
If most Americans really knew how much they were financing that only democratic state in the Middle East -and why.
k
If israel had to be included in the nuclear arms treaty – and had the same amount of attention Iran and Iraq had with their WMD inspections.
k
If the Jews had to pay reparations for all the holocausts and genocides they have created throughout history. Ha – they would be bankrupt.
k
If the same sentencing was applied to all the criminals creating wars, as is the INNOCENT people who are now rotting in prisons, due to trying to expose these criminals.
k
If the Jewish-controlled MSM for once actually told the Truth
k
If we had sanity in this world.

If we had Truth, justice and peace. (...)Next month, she will travel to Holland to form a joint campaign with Geert Wilders, whose anti-Islamic Partij voor Vrijheid (PVV) is currently part of that country’s ruling coalition and also tops national opinion polls for May’s European elections. (...)
While forming alliances with more mainstream nationalist European parties like Holland’s PVV and Belgium’s Vlaams Belang, Ms. Le Pen stays clear of far-right nationalist parties. She has insisted on not having the NF labeled as a far-right party and has distanced herself from nationalist parties like Greece’s Golden Dawn (GD) and Hungary’s Jobbik parties, which she condemns as “Nazi” and “anti-Semitic.” Unlike the British National Party’s Nick Griffin, who publicly supported the Golden Dawn during their recent persecution, Ms. Le Pen has gone as far as to say that it was “unfair to be lumped together with the likes of Norwegian mass-killer Anders Breivik and Greece’s Golden Dawn.”
Critics have claimed that Ms. Le Pen might be overly allied with Zionists due to the fact that her boyfriend and FN vice president, Louis Aliot, as well as Geert Wilders, are both of Jewish backgrounds. Wilders is a known Zionist sympathizer, who travels to Israel several times a year. (...)